The introduction of ATL tinkering labs promises a multi-faceted growth of students in STEM subjects due to its innovative approach and the success tinkering has achieved in various parts of the world. However, it is also important that the tinkering activities and labs should follow an ideal structure to ensure that the students should really be benefited by tinkering activities. While tinkering is a boon to the sincere students who really want to grow ahead in their field, it is also a “boon” (though not in the same meaning) for the casual students who are always finding ways to dodge the classes or involve in other frivolous activities and for whom school is a platform to enjoy some time with their friends (instead of acquiring knowledge). So, it is very important to introduce the tinkering in a meaningful format.

Objective of the article

Any school principal could have some important questions to ask before introducing tinkering to his/her school. We have tried to present the simple, yet practical answers to such key questions in this article. The article aims at presenting the ideal format of introducing tinkering activities to the school for getting desired results. Some of the useful tips are also given that can easily be implemented for the best results.

What should be the major objective of tinkering exercises?

One of the major objectives of introducing tinkering activities to aid STEM is to instill innovative traits in students. By its very definition, innovative needs an invention. However, in the true meaning, the right word should be “create” and not “invent” but the process of creating should follow the principles or format of an invention. So, the students should be able to understand and apply the scientific principles during the process of creation (rather than following the instructions or just relying on hit and tries approach). Hence, even before the tinkering labs are formally established in schools, the teachers, and expert trainers should design a few invention modules that should be the end result of specific tinkering activities. For example, if the students are being taught about the principles of light, they should be encouraged to invent the camera that should operate on clapping or the bulb that should be switched on when a person claps.

Tip: Innovative creations of students should be given due respect by presenting the same in exhibitions or placing them in the tinkering lab with the name of the student and credentials.

How should I introduce tinkering to my school in an ideal way?

Initially, you should introduce tinkering in multiple tentative steps. One of the major things to keep in mind is that the tinkering exercise should be easy to manage. So, instead of giving a free hand to all the students from the starting, the teachers should first train students about basic prerequisites like tool hand holding, coding, basic electronics, uses and application of tools etc. For the first several weeks most of the workshops by teachers or preferably via tinkering experts should be conducted, post which students should be given opportunity to the tinkering lab exposure and build products out of their scientific ideas. And this product development experience should be done in groups of 2-4 (depending upon quantity of resources). It will help the students to concentrate and focus without much distraction that can be caused by huge groups or mingling of many groups.

Tip: The groups should be comprised of students with similar traits/behavior and complementary skill-sets that will help them to gel well with each other and involve in constructive discussions.

How should I monitor the tinkering exercises?

While the palpable results of tinkering in student’s development would take some time to appear in a distinct form, the ideal format of tinkering can be determined within several weeks of implementation. So, the teachers/trainers should monitor the format of the tinkering to ensure some positive results within a reasonable period of time. There should be some well-defined parameters that should be used to determine the projected success of tinkering activities.

Tip: Parameters for deciding that tinkering is taking the proper course should decide very carefully in an all-inclusive meeting attended by principal, teachers, and trainers. It will ensure that the valuable time of students is actually invested towards a better, rewarding future.

While it is obvious (and recommendable too) that each different phase of tinkering should be decided after a thorough meeting of principle and teachers, there are 2 more components of the academic structure that could be ignored during such meetings.

Parents: Parents, for sure, are the most concerned about their children’s growth and have a deep understanding of their child needs. So, they can prove to be the major assets of any academic meeting about tinkering activities. Interestingly, one of the objectives of tinkering is to offer a more welcoming ambiance to the students to grow or in other words eliminating the hurdles that prevent students from developing an interest or affinity towards their subjects. Parents can actually recognize the pain points of their children, the hurdles that prevent them from exercising their intelligence to the fullest and also the concerns that can play a decisive role in the success of tinkering activities.

Students: Last but certainly not the least; the students should also be encouraged to participate in such meetings. Understandably, it could concern many academic authorities who might see it as a “bit too much of democracy”. Their concerns might not be without a legitimate reason. But a careful approach can actually improve the standards of tinkering activities and make them beneficial for the students. SO what can be a careful approach? Only those students with a keen interest in studies should be invited to be a part of such meetings. Ideally, 1 or maximum 2 students are enough (chosen on the merit basis) preferably of the different gender. It will help the authorities to understand the gender-specific concerns too, directly from representatives of both the genders.

Underestimating the importance of parents and children in core meetings for designing tinkering activities can be risky for healthy results. However, a careful approach should be taken to ensure that the inputs of these 2 participants should be based on wide, general approach rather than self-centered thoughts or vested interest. 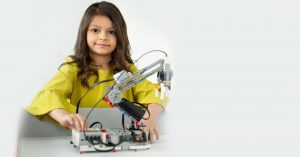 All blog Coding for Kids

What Is The Future Scope Of the Robotics For Kids In India? 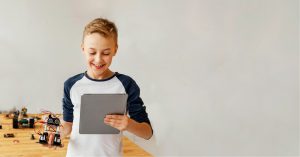 All blog Coding for Kids

What Is The Importance Of Play-based Learning For Young Minds?

When children involve in a hands-on learning activity, it stimulates their drive for exploration and discovery. It will fuel up their natural curiosity to know how things work in real-life scenarios.... 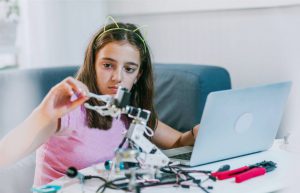 How Tinkerly Offers Experiential Learning Via Its Hands-on Coding Courses?

Technology is spearheading changes in literally every sphere of the economy. The education sector has acknowledged the relevance of using technology as an enabler and what technology integrated into ...